2019 Was The Year of Women Who Challenged the Patriarchal Order

The founder of Equality, Justice, Women Platform, Gülseren Onanç, wrote about the women who gave inspiration and hope in 2019 with their struggle and achievements, together with the reasons why we should look at 2020 with hope. 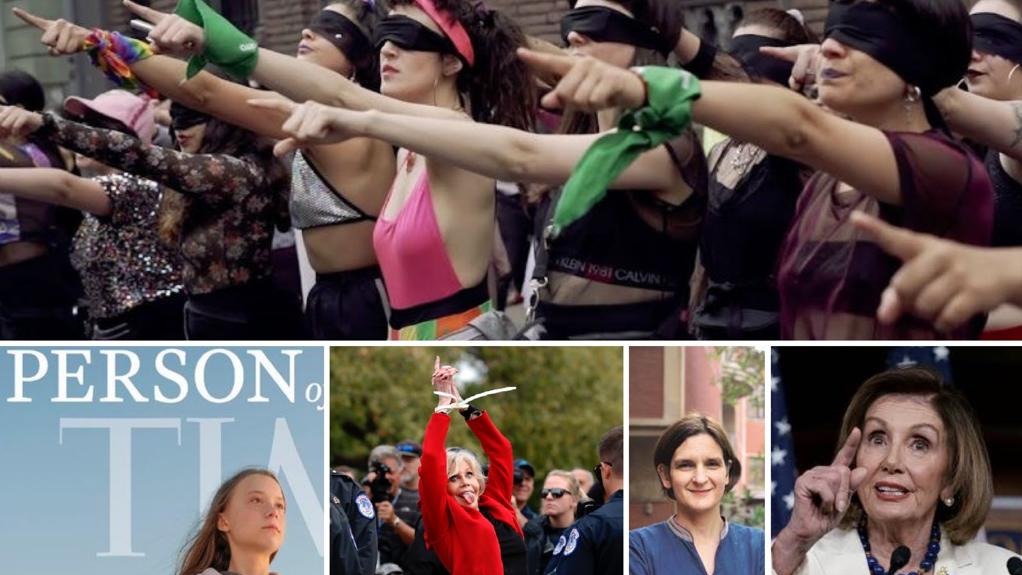 2019 was the year of of women’s achievements, who wanted to change the patriarchal system in the world. As Equality, Justice, Women Platform, we compiled the defining moments and achievements of women’s struggle in 2019. I highly suggest you read it. Climate activists who cried “System Change, not Climate Change,” the women of LasTesis, who shook the world with their dance, chanting the lyrics, “You are the rapist, you are the killer; cops, judges, state and president“ and the demonstrators who shout the slogan “Revolution, Revolution!” on the streets of Lebanon became the spokespersons of women questioning the system.

Women’s struggle and achievements give hope not only for women’s equality but also for the future of our planet. I would like to write about the women who inspired me, their achievements, and also share why we should look at 2020 with hope.

The protagonists who resisted oppressive and corrupt rulers were brave women. 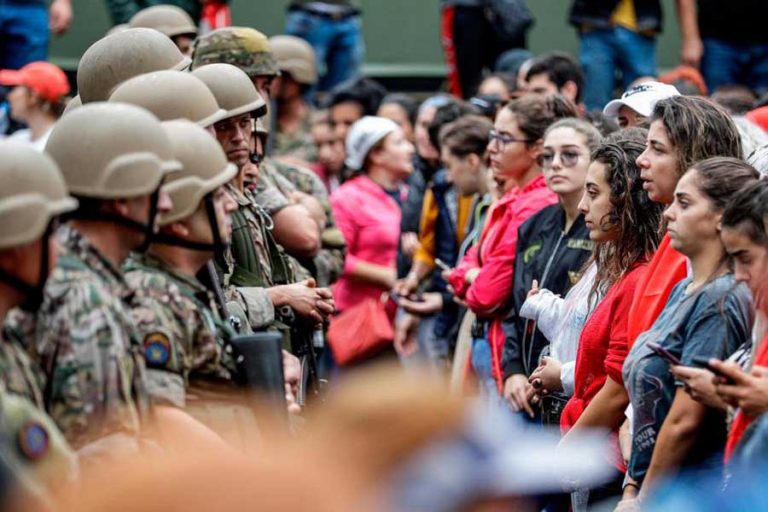 Inflation, high cost of living, heavy taxes, extra payments, social cuts in services such as health, education, and care, unemployment, and corruption have led people to revolt in Iraq, Lebanon, Ecuador, Chile, and Iran. Women who took to the streets with a long-lasting desire for social transformation were at the forefront of the protests. As a result of these demonstrations in Lebanon, Prime Minister Hariri resigned. Furthermore, in Sudan, women were the leading actors of the greatest rebellion in Sudanese history, which flared up against the 30-year dictatorship of President Omar al-Bashir.  As a result, Omar al-Bashir was arrested and discriminatory laws are being abolished one by one. Women demand a non-violent, fair and egalitarian life for themselves and the whole World. 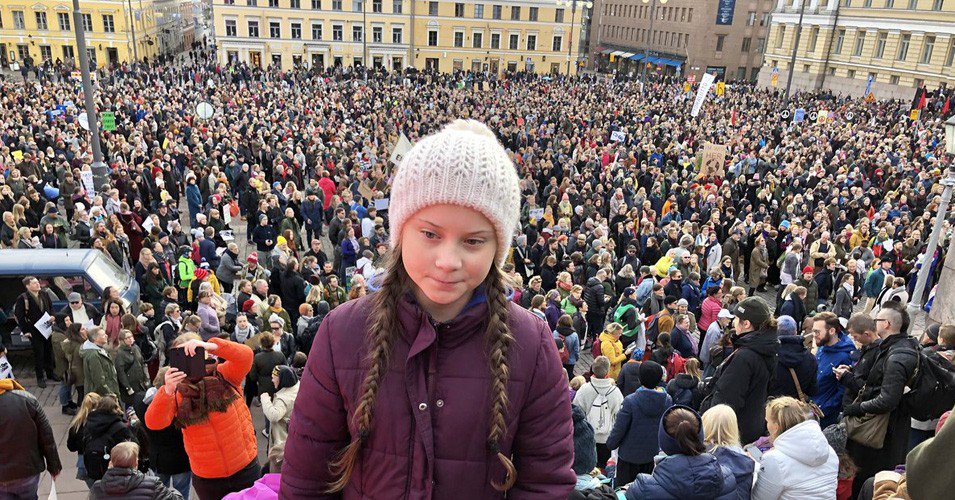 Recent scientific reports show that the warming of oceans and the melting of polar ice are happening much faster than anticipated. The risks of exceeding 1.5 degrees of global warming are far too many.

Our only chance to avoid this end is a rapid reduction in emissions by 2030. This requires far more pressure on political decision-makers than ever before. Greta Thunberg confronted the world leaders and fought hard for the whole world and our future, and was named Time’s 2019 Person of the Year.

Millions of people supported Greta’s call for action against the upcoming climate disaster, marches and demonstrations took place. Greta became the face of climate activism, her speech is simple, straightforward and direct. Millions of high school students from more than 70 countries took her as their role model, and these young people claim their future.

It wasn’t just young people who were inspired by Greta. American actress and activist Jane Fonda led civil disobedience protests called “Fire Drill Fridays” against the climate crisis every Friday from early October to late December in the garden of Capitol Hill.  Since the 20th of December, the 82-year-old Fonda was being detained and released every week for her protests, thus affecting the US and world agenda.

Women’s leadership made a difference

2019 was the year of women politicians who made a difference in world politics. New Zealand Prime Minister Jacinda Ardern, wearing a headscarf, went to visit those who lost their relatives in a horrific attack on a mosque in her country, where 50 people were killed. In Finland, Sanna Marin became the youngest prime minister in the world, forming a coalition government with all five party leaders being women, and the number of women parliamentarians in Finland rose to 47 percent. The number of female ministers in Rwanda exceeded 52 male ministers. Sophie Wilmès became the first woman prime minister in Belgium. Zuzana Caputová became Slovakia’s first female president, while the rate of female parliamentarians in the parliament rose to 46.8 percent for the first time in Spain. 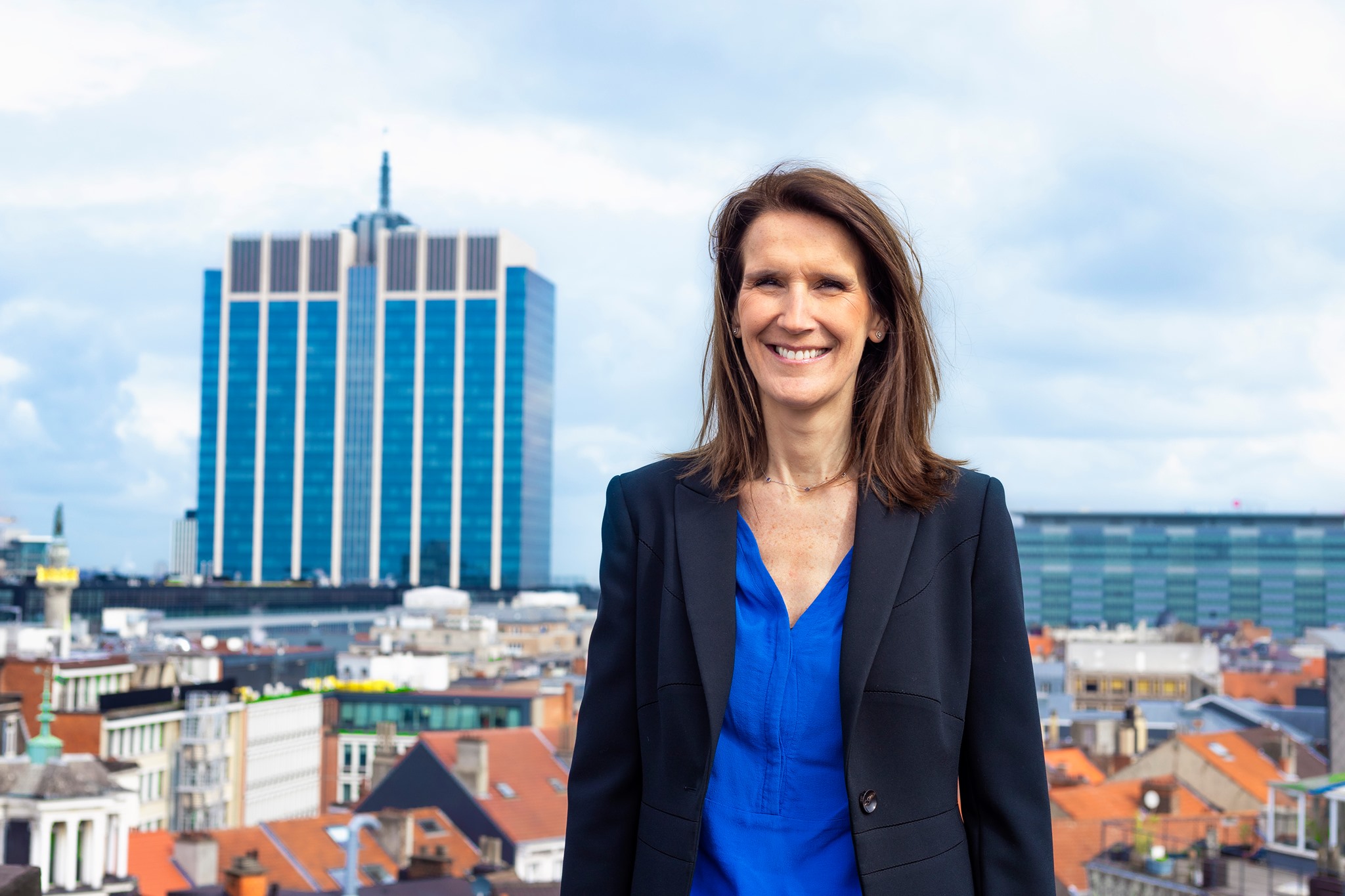 In the United States, those who opposed Trump’s divisive, sexist policies and initiated the impeachment process for his abuse of power, were the courageous women of the Democratic Party. Alexandria Ocasio-Cortez, Ayanna Presley, Ilhan Omar and Rashida Tlaib, who define themselves as “The Squad,” politicized US society’s daily troubles, profound inequalities and put forward class and identity-based progressive policies.

Nancy Pelosi, the Speaker of the US House of Representatives, who initiated Trump’s impeachment process, depicted the different ways in which women can make a difference when they are in office.

Ursula von der Leyen was elected as the President of the European Commission and Christine Lagarde as the President of the European Central Bank. Thus, 60 years of male domination in these positions came to an end. Leyen achieved gender equality by selecting 13 female and 14 male members to the EU Commission. Christine Lagarde, who argues that increasing women’s employment and combating gender discrimination will make the world economy richer, more egalitarian, and prevent financial collapse, is expected to be very influential in Europe’s financial management. Laura Kövesi became the first European Public Prosecutor. 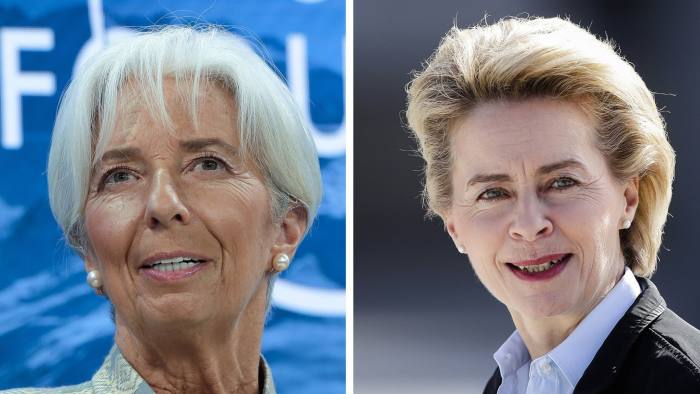 As the collapse of capitalism is often talked about, Esther Duflo became the youngest to win the Nobel Prize in Economics, for her studies on the causes of poverty and her unique economic approach to reduce global poverty.

Las Tesis, a Chilean feminist collective, held a dance performance on November 25th in front of the Ministry of Women and Gender Equality to protest femicides, sexual assault, and abuse. The women dressed as if they were going to a party, tied a mask on their eyes and wagged their fingers at the patriarchal system unveiling the real perpetrator. The lyrics of the song, “A Rapist in your Way, ” which quickly spread on social media and became a feminist anthem, is as follows:

“The patriarchy is a judge

Who judges us by birth,

Is the violence you do not see.

Impunity for my killer.

It is disappearance. It is rape.

And the fault was not mine, not where I was, nor what I wore.

The rapist was you. The rapist is you. It is the cops, the judges, the State, the President.” 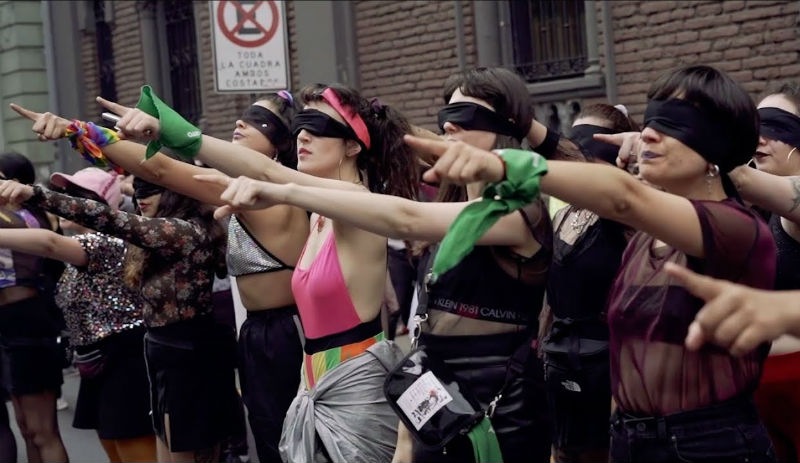 Women Assemblies did not give up and continued to organize Las Tesis protests with the participation of hundreds of women in Ankara, Izmir, Konya, Bursa, Mersin and Cyprus.

Through White Wednesday protests in Iran which has been going on for five years, women continued to post their videos and photos with their hijab (scarf) removed and to throw the oppressive Islamic regime a curveball.

The US Women’s National Football Team and its captain Megan Rapinoe remained unwavering in their demand for equal pay with male players. Their struggle, albeit partially, yielded results. This year, FIFA, doubled its budget allocated to women’s football, and announced those country federations investing in women’s football will be financially supported. 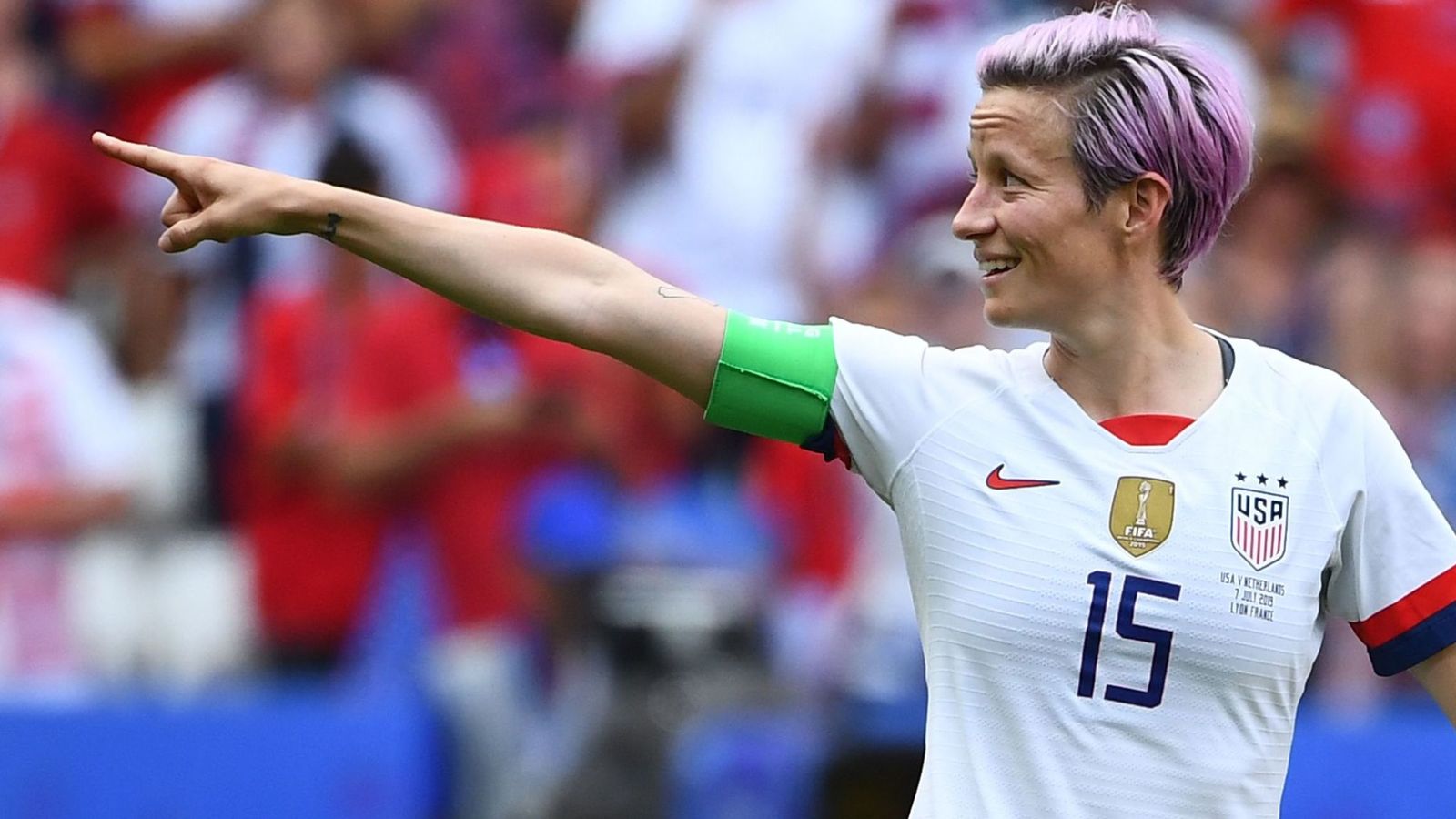 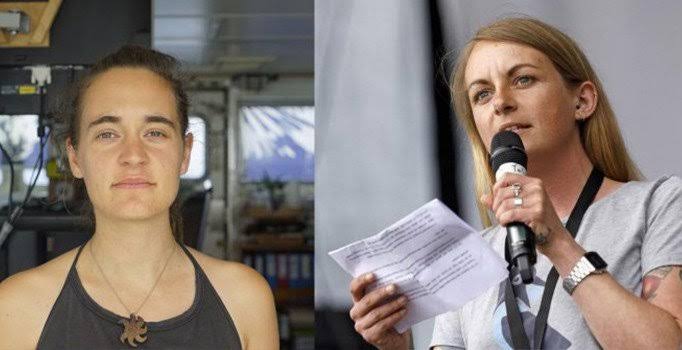 As anti-refugee propaganda has been amplified in Europe, two female captains set an example to the world with their conscience. Captain Pia Klemp and her team-mate Carola Rackete saved the lives of more than a thousand refugees who were traveling to the Mediterranean Sea in small boats, on their way to Europe for a better life. For days, Klemp and Rackete, who had been awaiting admission from Italy or any EU member state, were unable to get any response, and decided to dock the ship at the port of Lampedusa in southern Italy without permission. An investigation was launched against the captains for allegedly assisting illegal immigration, but they became the heroes of conscientious women.

Women who fought for discrimination against women in Turkey

The Right to Alimony Women’s Platform has built an effective opposition against temporary poverty alimony paid to women and its confinement to various criteria. Thousands of people supported the platform’s campaign to advocate for women’s right to child support and the implementation of  Istanbul Convention. The platform visited political parties and held meetings in the Parliament. We Will End Femicide Platform continued to follow the cases of femicide and bravely organised street demonstrations. 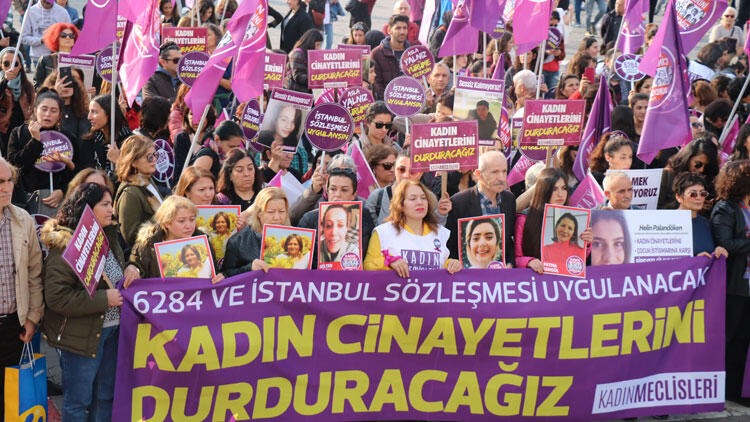 Looking at the struggles and achievements of these women in 2019, I look at 2020 with hope. This patriarchal order, which has been going on for centuries and driving the world to despair, can only be replaced by the victims and their supporters. We owe gratitude to all the brave women in the world that initiated change. Thanks to them, we can look at the future with more hope.

I wish that the year of 2020 will bring peace, equality, freedom and prosperity to our world and our societies.