You Are My Heroine, Greta!

Gülseren Onanç, the founder of Equality, Justice and Women Platform, wrote about the lessons she has learned from 16-year-old climate activist Greta Thunberg, in relation to the women’s movement for equality in which she has been active for years.

Last year I came to know a young woman and gained a whole new perspective. Greta Thunberg changed me as well as she changed the world. I’ve been watching Greta admiringly ever since she entered my radar. Her story is interesting. At the age of 15, she watches a film about climate change at school and awakens to the knowledge that the future of the Earth is in danger. First she sinks into pessimism. Then she decides to take action. She takes her backpack and holds up a sign saying “do something” in front of the Swedish Parliament. Every Friday, she skips school and continues her resistance across the Parliament. When her family told her not to neglect school, she answers, “What is the point of going to school if there is no future?” She stands up to her family, the school administration and the Swedish Parliament. “Wow, how brave she is, well done!” I said with admiration.

I thought about 15-year-old Gülseren. Those years when I tried to make peace with my gender, Duygu Asena started to publish “Kadınca” magazine and I was crying out against the world. Those years when politics was intertwined with violence but we criticised the system fearlessly in school debates. My parents were libertarian, but they had limits. And all of a sudden, September 12 coup d’etat went down few days before the schools started. During the military coup and my subsequent high school years, living under curfew,  being deprived of our freedom, had left deep marks in my soul. My early youth when I knew we would be punished if we engaged in politics and transcended our limits and got to know the feeling of fear mixed with shame after seeing my friends who were subjected to torture. Yet I had always dreamed of being a fearless woman.

Greta is more fortunate than us and she is aware that it comes with a responsibility. She knows the difficulties active citizens have in poor and underdeveloped countries. She reminds us the responsibility of the fortunate.

I’ve been trying to support women’s struggle for equality for as long as Greta’s age and I see that we could not win for losing. Our struggle for women’s rights in our country in decades did not achieve what Greta has done for climate in a single year. Yes, there is a deep-rooted discrimination of women in this country but I can’t help but say we should have found more effective ways. I think it would be a good opportunity to resituate ourselves in view of Greta’s success. I want to write down the lessons I have learned from Greta and make myself a checklist, because I have learned a lot from her.

The lessons I’ve learned from Greta

Sincere devotion: Greta’s moral courage, self-confidence is a sign of her belief in the righteousness of her cause. She strongly believes that if we cannot stop climate change, we will perish, she is sincere in her feelings and thoughts. This sincerity gives us faith and devotion. Greta advocates a new individual way of living to prevent climate change. She applies it to her life and the life of her family. She is devoted  to her cause so much that she changed her entire life. She chose to be a vegan, reduced her consumption, giving up flights. In a world where popular culture has enslaved us all, Greta’s resistance to it is fascinating.

A simple and bold language: Greta reads scientific reports to gain knowledge to defend her cause. What she advocates is based on a scientific foundation. But her language is simple and striking. She pulled off what climate activists have been unable to achieve for years by telling, “Are you aware? Our house is on fire” to the leading business men and women at Davos. She made everyone think with a simple, plain, bold yet sincere language. In doing so, she did not use a beseeching language. She does not bow and scrape before those in power, she speaks without hesitation, and even calls them to account. Her speech at the United Nations Climate Summit berated all the world leaders. 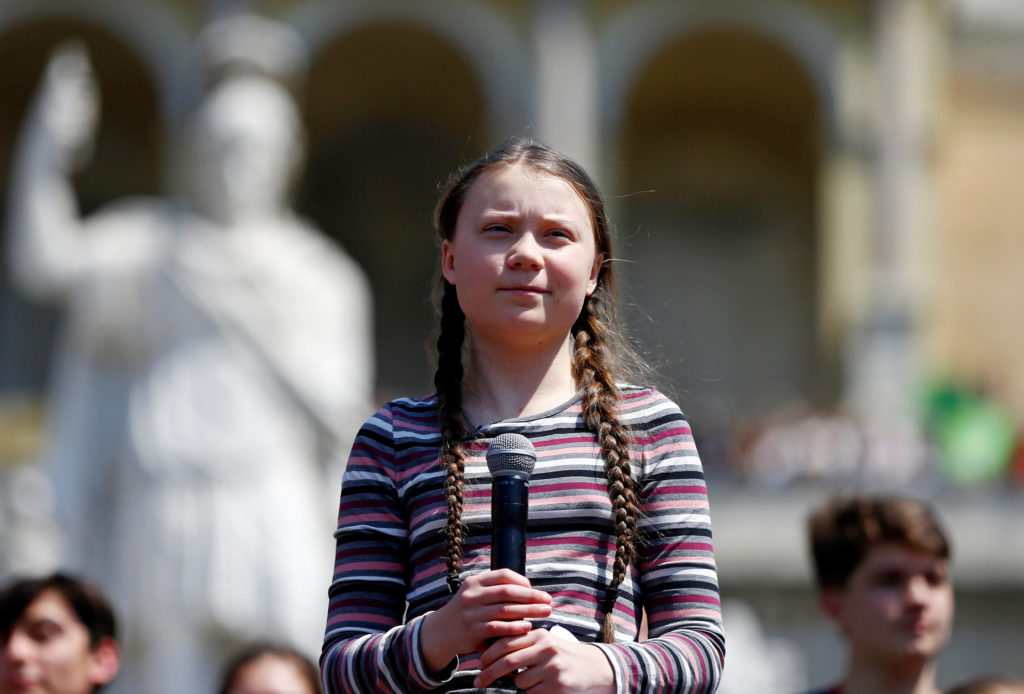 Doing something: Greta is an activist who believes that thinking is not enough, and that to change something requires action. At the age of 15, she skipped school every Friday and chose to strike alone in front of the Swedish Parliament. She participated in climate summits in Europe and the USA, mobilised large masses and became a spokesperson for climate activists. She took a year off from school to do all this. She confirms Hannah Arendt, who says, “Every person on earth has the capacity to start something new, that is, to take action.”

Instilling hope: With the impact of social media, our pessimism about the future is more than our hope. As the level of education rises, our hope for the future dwindles. However, the aim of education is to cultivate active individuals who deliver solutions. An educated person understands the problem and tries to be a part of the solution. When Greta became aware of the climate change, she felt pessimistic at first, but then went after a solution. The solution is not always in politics. We are even at a time when politics and politicians are at the heart of the problem. We need active individuals like Greta who ask questions, find solutions, organise and rise up in order to protect our future and to cherish hope. Greta tells us that hope is contagious and that the only way to create hope is “to  do something .”

Revolting against patriarchal thinking: When Greta says, “Change the system not the climate,” she actually opposes a system that has prevailed for centuries: a male dominated world system. We will not be able to stop climate change without changing this mentality that asserts dominance over nature, women, immigrants, children and all kinds of “others” and wants to maintain this domination. I don’t know how much Greta is aware of this, but her struggle also contributes to our struggle for gender equality. She asks for accountability more bravely than us, she calls to duty and she rebels.

Greta showed me the way and gave me hope. She became my role model, my heroine.

Before Greta, I thought wisdom comes with age. But it is not like that. While years could not teach anyone anything, others do not need years to be wise.

Thank you for opening up a new way for me, my heroine Greta.

2019 Was The Year of Women Who Challenged the Patriarchal Order